Leepa-Rattner Museum of Art > About

The Leepa-Rattner Museum of Art is a unique gathering place where art, history, culture and education converge. Whether you’re exploring our galleries or reawakening your love of art through a class, LRMA strives to be a vital part of Pinellas County's cultural landscape. Opened in 2002, LRMA is a modern and contemporary art museum with a collection of more than 6,000 works of 20th and 21st century art. The museum is located on the Tarpon Springs Campus of St. Petersburg College.

As a cultural and academic institution, LRMA serves students and the community at-large, and the museum provides an array of educational programs for all ages to complement a year-around exhibition schedule.

The mission of the Leepa-Rattner Museum of Art is to collect, conserve, exhibit, and protect the works of art entrusted to its care and stewardship. Through its exhibitions, programs, and expanding collection of 20th and 21st century art, the museum strives to engage and inspire our diverse community by providing opportunities for education, enlightenment, interpretation, and research to students, scholars, and visitors. 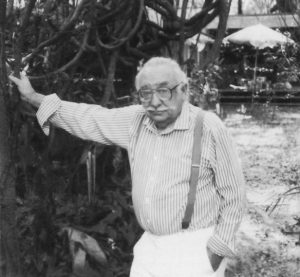 Since opening, the museum has expanded its collection through gifts and purchases. In 2010, the former Gulf Coast Museum of Art collection was acquired by St. Petersburg College and a significant portion was given to the museum. This gift enriched the museum’s permanent collection of approximately 6,000 objects and created a new collection focus on contemporary Florida art since 1990, along with fine crafts of the Southeastern United States.

In 2013, LRMA was accredited by the American Alliance of Museums, a distinction held by fewer than 6 percent of all U.S. museums.

Your ticket for the: About