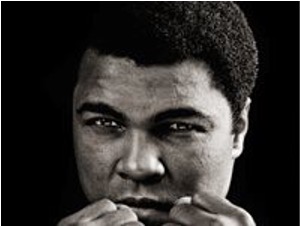 About Face celebrates diversity in contemporary American society through portraits that harness the strength and power of cultural identity. Through the piercing gaze of iconic figures such as Muhammad Ali and Jesse Jackson, photographer Bonnie Schiffman and printmaker Leonard Baskin create intimate connections between the person within the portrait and the viewer. Other images speak volumes about their subject by showing them in their element, including Herb Snitzer’s photograph of President Barack Obama speaking at an election rally in 2008. Cuban-American artists Ernesto Blanco and Pedro Gonzalez use the portrait as an extension of their own cultural identity through symbolism.

Receive a 10% discount year round by becoming a LRMA member.

The Museum depends on you! Make a tax-deductible donation to LRMA today!

Your ticket for the: About Face: Celebrating Diversity